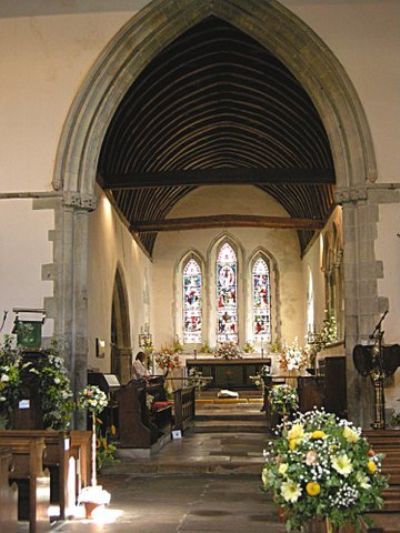 For eight centuries St Nicolas Church has stood at the centre of Pevensey.  The oldest building still in use here for its original purpose, the church is a mainstay of Christian belief and local life, a living link between today’s village community and Pevensey’s medieval seaport heritage.

All are most welcome to visit and worship in this place of peace, prayer and pilgrimage.

You are also invited to enjoy the concerts held here, which benefit from our excellent acoustic.

St Nicolas Church is a place to discover both local and national history.  This fine example of Early English architecture has many stories to tell: 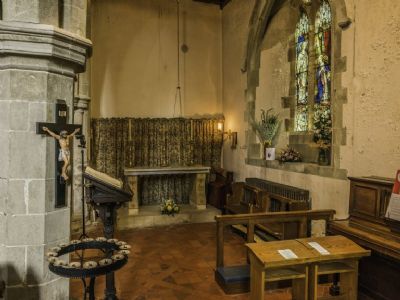 Completed in 1216, St Nicolas is a complete and uniform example of the Early English style of architecture, very little altered in its eight centuries of existence. There is evidence in the chancel, the oldest part of the building, that it was developed from a structure dating from the mid-twelfth century. The present church, which is one of only twelve Grade 1 listed churches in East Sussex, was started in the reign of King John, who in 1207 granted a charter to Pevensey, bringing the town, as it then was, into the Cinque Ports system.  That the church is unusually large for the village today suggests that at the time it was built Pevensey was a place of some importance.

The church is dedicated to St Nicolas, the patron saint of seafarers, appropriately because of its proximity to the sea, and because at the time Pevensey was a busy seaport.  The Great Seal of the Corporation of Pevensey, made in about 1230, and now housed in Pevensey Court House Museum, bears the inscription ‘O St Nicolas of good will, guide and convey us’.

The ground plan of the church, with the tower built on the north side, suggests that it was intended at some time to extend the building to the west.  This was never carried out. An interesting feature, not unusual in medieval churches, is that the chancel is set at a slight angle to the nave.  This is thought to symbolise the inclination of Christ’s head on the cross.

The construction of the building is of massive masonry using a large proportion of Eastbourne greensand and local flint, with solid buttresses to the exterior and pillars inside.  The capitals of the columns are decorated in stiff foliage carvings, while the corbels and other details have various decorative carvings.  The roof timbers are massive: those in the chancel being mostly original, hand carved and jointed from Sussex oak around 1205. In the nave the main beams and king-posts are thought to be original, but much of the remainder was replaced in Victorian times.

There are a number of historic objects in the church, dating from the 14th century onwards, and there is a wealth of stained glass windows: the windows are of typical 13th century ‘lancet’ shape but the glasses largely Victorian or later.

During its eight century history the church has undergone several periods of restoration, the first in 1587 when it was already  377 years old and was recorded as being “very mutche in decaye for lacke of timber and glasse and other reparations.’  A major work of restoration was carried out between 1875 and 1897, directed by George Gilbert Scott junior.  At this time the tower was raised and the bells re-cast and re-hung.  Access to the bell chamber was provided by a classic Victorian cast-iron spiral staircase, which attracts much attention from today’s visitors.

In 2008 considerable work was carried out on the outer surfaces of the building, particularly the south and east elevations and the tower, with the aim of checking the ingress of water carried by the prevailing south-west winds.  Now that the masonry and inner skin has dried out, it is intended to restore the interior.  Interior restorations undertaken in 2017-18, once the masonry and inner skin had dried out.

St Nicolas Church is still at the centre of the spiritual life of Pevensey. It offers a beautiful peaceful space , where prayer and worship have been offered, and the Holy Sacraments administered and the Word of God preached, without a break, for over eight centuries.

The church is  normally open daily, from around 9.00am until dusk, for people who want to pray or simply to escape the noisy bustle of life for a few quiet moments.